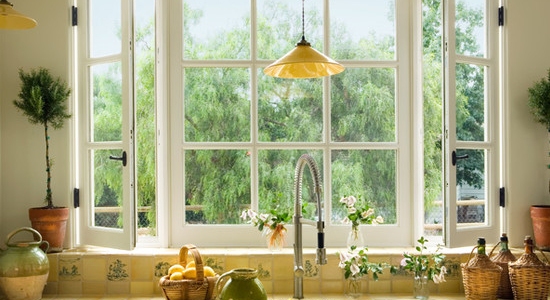 A water trough is a hand etched piece of a naturally occurring rock that the shepherd from thousands of years ago had found convenient to hollow out and retool into a rectangular shaped blocks, in order to fill up with water at various resting spots along their grazing trails for their cattle to rest and quench their thirst from. 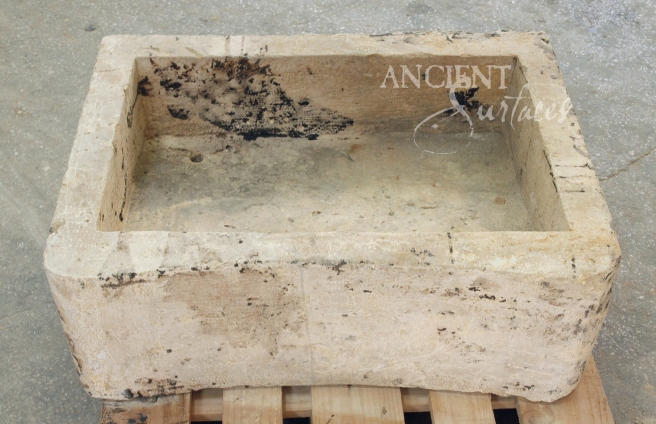 As agrarian lifestyle took shape some 4,000 years ago in Europe and man slowly moved away from a hunter gatherer life style, Cattle breeding has also taken a geometric leap forward. During that period onward limestone Troughs have also taken an added role of enabling farm livestock to be kept well stocked up on drink water allowing for a greater animal population maintained at any given time. 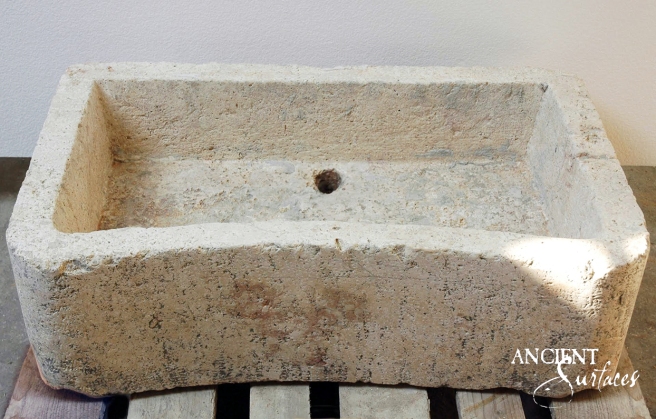 Whether assisting shepherds who were finding a hard time to provide water for their cattle when travelling long distances or servicing a growing flock of farmed animal back home, Limestone troughs offered an ever ready solution to shepherds, ranchers and farmers. 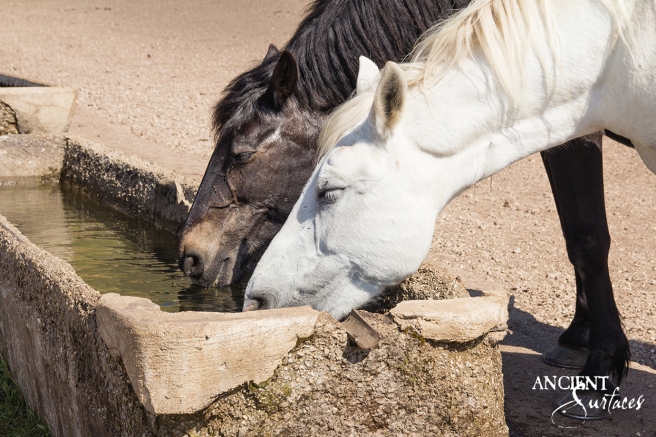 Trough stone is almost always Oolitic in nature which enables it to hold a full body of water without it leaking out at any future point in time. This unique characteristic of Oolitic Stone made those antique troughs perfect candidates for them to be re-purposed into modern day French farmhouse sinks. 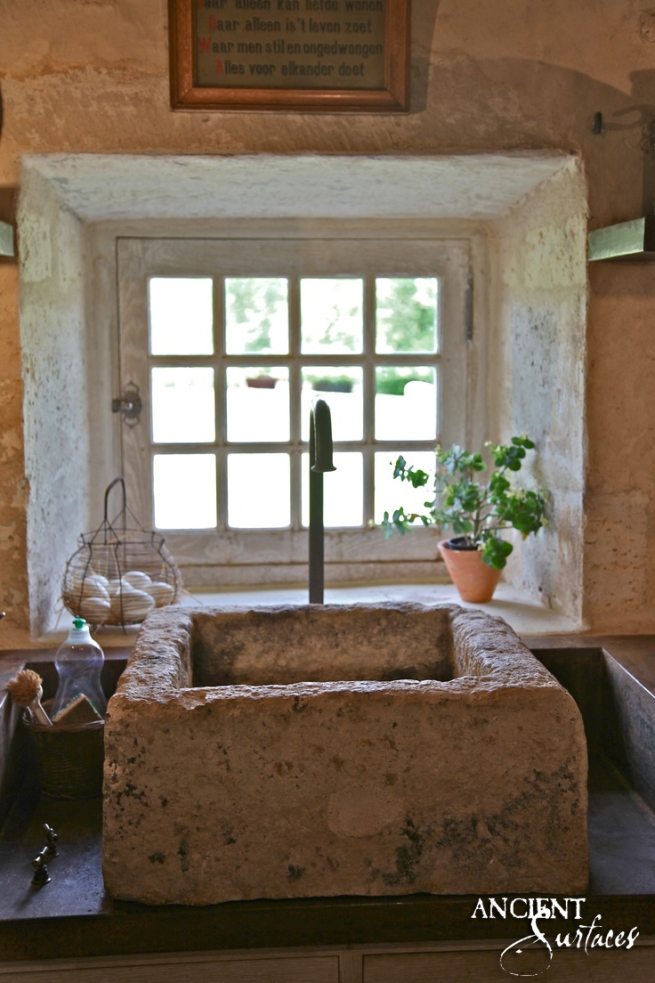 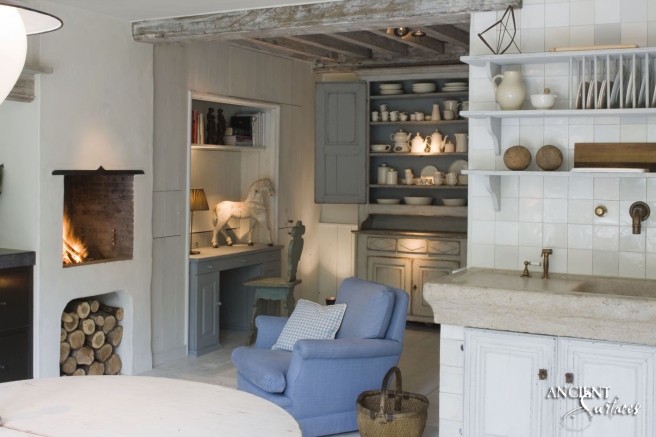 Years later after pastures and growing animals started steadily to fall out of favor in the European countryside of France, Italy, Greece, Portugal and Spain and started becoming restricted to only a few regions, overnight we saw an abundance of antique and unused Limestone troughs fall into disuse. 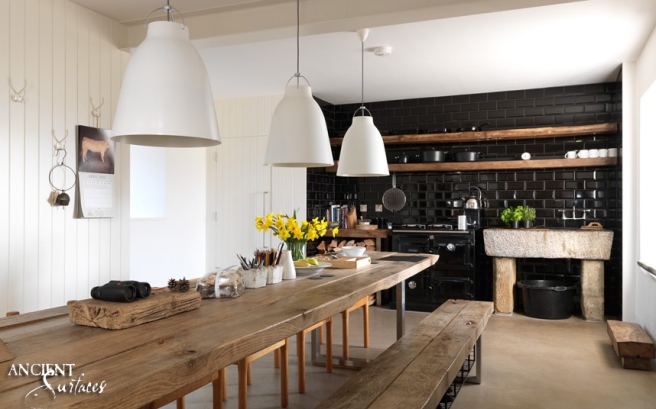 The owners of these old Stone vessels eventually didn’t see an economic reason to keeping them in their fields. Some went to auctions and others to private dealers such as us at Ancient Surfaces, who were more than happy to purchase them from their estates so that we can converted them into breath taking French farmhouse kitchen sinks. 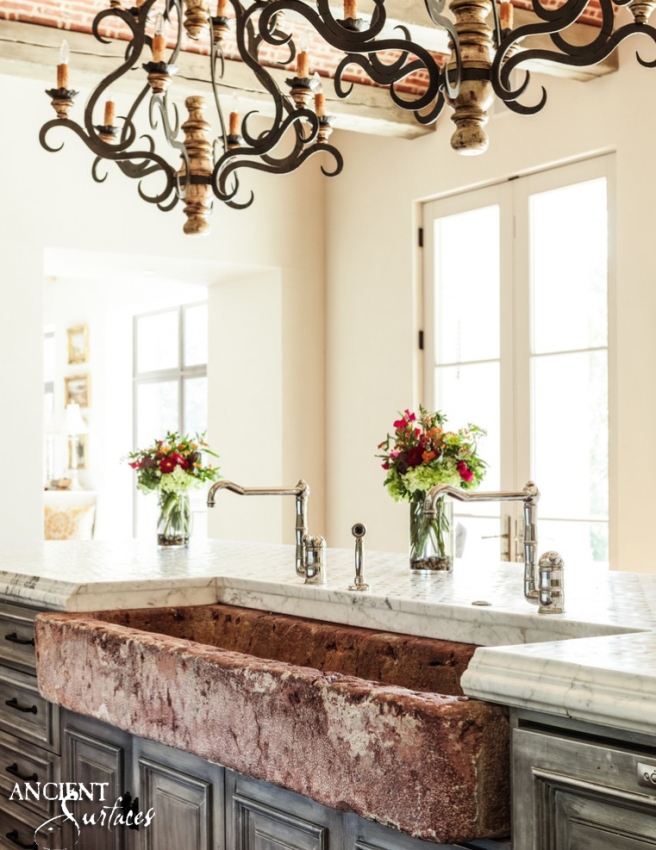 They are very rough looking from the outside but centuries of usage and exposure to the elements have made them very smooth to the touch so when you touched their surfaces it may feel like a surface of soap or even a smooth as angulating glass; very smooth yet very hard.

The inside surface was cleaned up honed out by our artisans which made them very suitable to be used as sinks, eliminating all crevices on the inside surface reducing any chance of water stagnating inside those trough sinks. 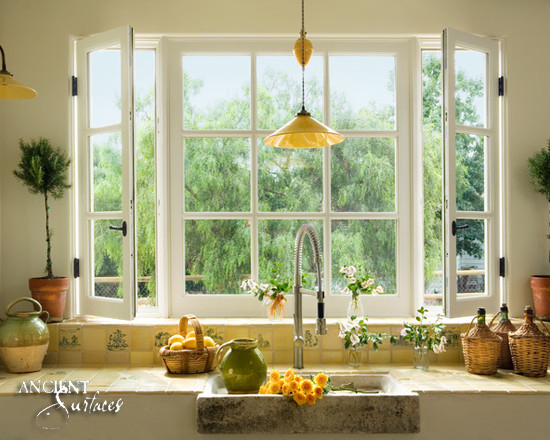 It’s amazing when you actually use a very old limestone through sink that looks very rough in a contemporary looking kitchen. A thick stone trough can also be incorporated in your modern kitchen and can go perfectly along with any ultra-modern steel appliance. This old and new juxtaposition gives an added historical context and value to the whole design of the kitchen. 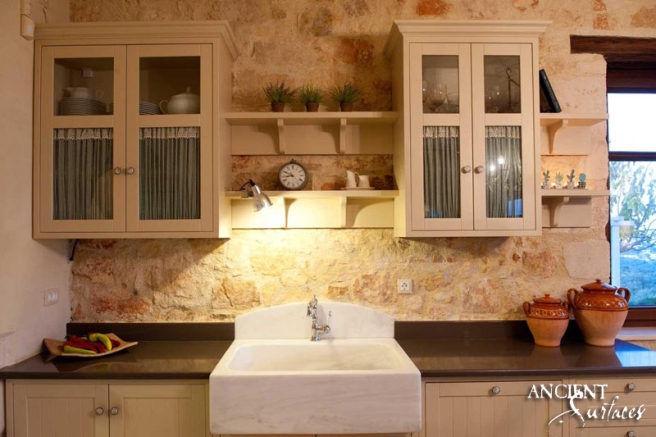